Anthropologist Dr. Leith Patricia Mullings, whose work was on the Sojourner Syndrome, establishing the fundamental understanding of negative effects that amplified stresses of race, class and inequality have on African Americans – especially African American women – has died at the age of 75, Social Science Space reported. 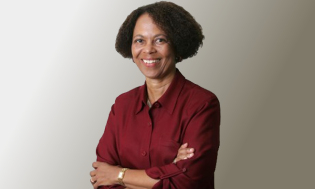 In 2002, Mullings wrote about how she – and other researchers – studied how African American women had worse birth outcomes than White women, regardless of economic status or education.

“Trying to create a framework that would both resonate with a medical audience and represent the intersectional morass that would illustrate the multiplicative effects of race, class and gender on the health of African American women,” Social Science Space reported, they looked to 19th century abolitionist Sojourner Truth.

“In many ways, Sojourner Truth personifies the resistance to the interlocking oppressions of race, class and gender that has defined black women’s existence for generations,” Mullings wrote. “Sojourner Truth, like many of the women we encountered in the study, assumed extraordinary responsibilities.”

Mullings was  born April 8, 1945, in Mandeville, Jamaica. She earned a Bachelor of Science in nursing from Cornell University and a Master of Arts and a Ph.D. from the University of Chicago.

She worked as an educator at Yale University, Columbia University and City University of New York, becoming a distinguished professor of anthropology at CUNY’s Graduate Center. She was married to Dr. Manning Marable, the well-known author and Black scholar who passed away in 2011.