Ravens owner Steve Bisciotti has donated $4 million to create the Ozzie Newsome Scholars Program, in honor of former Baltimore Ravens general manager Ozzie Newsome. The money will be given to graduates of Baltimore City Public Schools s who choose to attend a Maryland historically Black college and university, The Root reported. 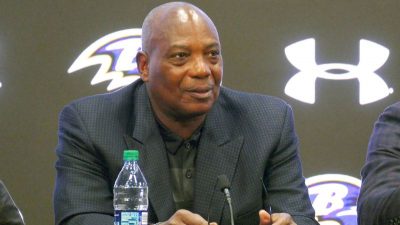 Every spring, the four schools will pick five high school graduates each as Ozzie Newsome Scholars for the coming first-year class.

Starting the 2022-23 school year, 20 first-year scholars will be picked every year for four years – 80 scholars throughout the course of the program.

Ozzie Newsome Scholars will receive a $10,000 annual scholarship for up to five years of college – a total of up to $50,000 per scholar.

The foundation will also donate an additional $400,000 to the CollegeBound Foundation to fund the Newsome Scholar’s participation in the College Completion Program.