Gen Z is Using Their Voice and Their Vote for Change, But Are We Listening?

Gen Z is Using Their Voice and Their Vote for Change, But Are We Listening?

On November 5th, the country saw the highest voter turnout in over a century, leading to the election of the first Black women Vice President in the history of the United States, who is also a HBCU graduate. Additionally, another historic unspoken milestone was reached, according to a recent Tufts University study. Fifty-three percent of young people showed up to the polls, which was the largest youth voter turnout in decades. Some may ask, why? 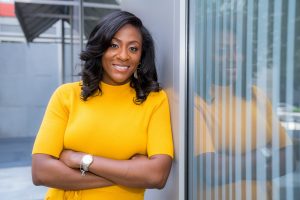 2020 set off a chain reaction of catastrophic events that led us to this moment. The astronomical number of Black lives that were disproportionately lost due to the COVID-19 pandemic, the non-traditional academic year that has shifted the social experience of college to go virtual, and the increase in police brutality and blatant disrespect for Black bodies with the death of George Floyd, Ahmad Aubrey, and Breonna Taylor, led to the summer of protests for change. As anticipated, some of the protestors were HBCU students who had seen enough of the divisiveness that has flared up across the country. HBCUs students using direct action to let their voices be heard should come as no surprise, as activism is embedded in the DNA of HBCUs.

In the midst of the protests and marches for change, many organizations and HBCUs made statements of support for Black lives and acknowledging the racial injustices in the country, but there is a need to actualize on those statements. In particular, this moment is an opportunity for HBCUs to further the movement, embrace their civil rights history, and tell their stories to further inform students and the world about their contributions to society. HBCUs are uniquely positioned to help students become more civically engaged. In addition to being epicenters of Black excellence, that have educated and produced Civil Rights leaders, politicians and the first Black, female Vice President, Kamala Harris. HBCUs are spaces of community consciousness that connect with their students. We cannot forget the four NC A&T State University students who set out on a cold February afternoon to sit a lunch counter in 1960 who knew how to use media to spread their message.  Their actions led to the establishment of the Student Nonviolent Coordinating Committee (SNCC) and the contributions of HBCU students Ella Baker, Stockley Carmichael and the late Congressman John Lewis. As a 20-year-old college student and member of the SNCC, John Lewis was willing to learn from the leaders of the Civil Rights movement but also step up to do his part. In his youth, John Lewis knew the power of his voice, and even in his last words he empowered and implored young people to do the same. He was adamant that we understood the power of the vote in a democratic society, and to get into ‘good trouble’.

John Lewis’ message is not just for young people, but for all that engage them. He is implicitly nudging us to have long, overdue, intergenerational conversations about where we’ve been, while acknowledging the existing challenges, and discussing the work that must be done. HBCUs need to embrace this notion. HBCUs have an opportunity to not only share their stories of their historical contribution to producing future leaders, but to lean into this moment, so it becomes the movement, that leads to equitable change.

What we have seen throughout the Black community is a power struggle when it comes to a transfer of power. Like generations before them, Generation Z’s innovative ideas have been met with criticism, but we have to give them more credit. They are the digital generation. The shift from in-person to remote classes was harder on faculty and staff who haven’t kept up with technology outside of their phones and Facebook. Young people can put together a Tik-Tok reel faster than most of us can draft an email. That part is easy, but the hard part is helping them channel that energy. It is important to create virtual or socially distance forums for students to share how the external factors are affecting them personally and impacting their matriculation. Young people cannot unsee the injustices that were making our country a contentious place.  Tuft’s study highlighted the top three issues that influenced the youth voter turnout: the environment/climate change, racism, and the access to health care. Not only does it show that young people are way more politically aware than older generations’ want to acknowledge; but more importantly, they know the power of their vote and their voice. Traditionally, the idea of protests, petitions, and sit-ins give administrators angst, but there is a need for leadership to be more connected to why their students are upset and be prepared to give them the tools to navigate situations and spaces.

The results of the 2020 election and the number of students that have become engaged in the political process should be encouraging to us; the administrators, faculty, staff, advisors, program directors, counselors when we think of the future of this country. However, there is still work to be done. This is also an opportunity to use our classrooms and programs to do things differently; listen. It is up to us to empower them by helping them finds their voice, tapping into their creativity, make learning an experience, promote critical thinking and help them find the tools and resources that support them as they pursue their goals and dreams. This is how we support the next generation but with or without us, they will change the world.

Denise A. Smith is a doctoral student in the higher education program at Howard University. Her research explores the intersection of public health issues, advocacy, and higher education.