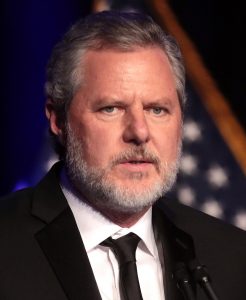 Falwell resigned from his post as president and chancellor of the university in August following a sex scandal and other controversies. Falwell then sued the university in October, alleging the school had damaged his reputation in a series of public statements that followed his resignation.

Court documents give no indication of why Falwell has now opted to withdraw the lawsuit, reported the AP. However, The News & Advance of Lynchburg noted that though a judge granted a motion this week to dismiss the case, the possibility that Falwell might refile a similar one later remains open.

“I’ve decided to take a time out from my litigation against Liberty University, but I will continue to keep all options on the table for an appropriate resolution to the matter,” Falwell told The News & Advance.

Meanwhile, Liberty said in a statement that it was pleased by Falwell’s decision, which had not been prompted by any payments or promises, according to the school.

“The University’s administration and Board of Trustees are pleased that Falwell has dropped his lawsuit and look forward to pressing onward with the work of Liberty’s President and Chancellor Search Committee to find the new leadership to succeed Falwell,” the statement said.