A task force created by John Tyler Community College says the school should change its name because its namesake, the 10th U.S. president, was a slave owner and supporter of the Confederacy, the Richmond Times-Dispatch reported. 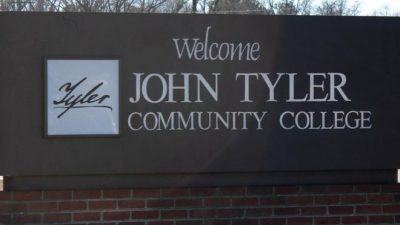 The Virginia State Board for Community Colleges will make the final call.

“It is no longer enough to talk about our college’s commitment to equity,” said John Tyler President Ted Raspiller in July. “We must take responsibility and enact change to ensure that commitment is a reality for our employees, students and community.”

John Tyler, a Charles City County native, was elected U.S. vice president in 1841. After President William Henry Harrison died 31 days after inauguration, Tyler took the presidency and served the rest of Harrison’s term, later running for re-election in 1844 and subsequently dropping out of the race.

“Tyler’s family owned two plantations in Charles City, and Tyler owned slaves. In the days preceding the Civil War, he presided over the Virginia Secession Convention, voted for secession and was elected to the Confederate Congress,” the Times-Dispatch reported.

Tyler’s naming task force has started the name selection process, aiming to make a recommendation to the state board in March.