The NAACP—the nation’s oldest civil rights organization—is stepping up its efforts to pressure the Biden administration to cancel student debt, after the administration excluded debt forgiveness from its $6 trillion budget proposal last week.

“Until we address the student loan debt crisis, which disproportionately impacts African Americans, we can never get to the question of home ownership, therefore accumulating wealth,” said NAACP President Derrick Johnson. 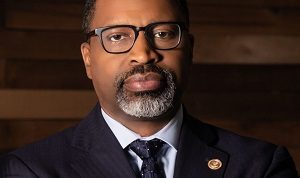 On this issue, Johnson has the support of liberal Democrats like Rep. Alexandria Ocasio-Cortez of New York, who said that student loan forgiveness has to be an essential part of Biden’s top priorities.

“I believe in full student loan debt cancellation, but we have to push him to at the bare minimum a floor of $50,000 that Sen. [Elizabeth] Warren and Sen. [Chuck] Schumer have also advanced,” said Ocasio-Cortez.

Biden has called for forgiving $10,000 in student loan debt as part of a broader coronavirus relief effort and has extended a freeze on student loan payment through September 2021.

But that proposal, Johnson said, does not go far enough.

Biden outlined his new budget last Tuesday, ahead of his speech in Tulsa where he marked the 100th anniversary of the race massacre. During his speech, Biden also unveiled a new effort to narrow the racial wealth gap by investing $100 million into minority-owned businesses.  The plan includes a House and Urban Development rule intended to address discriminatory housing practices and racial inequities in home appraisals.

Biden has said that he is willing to support cancelling $50,000 in debt but did not want to do so without the support of Congress.

“The president continues to call on Congress to cancel $10,000 in debt for student loan borrowers,” said White House press secretary Jen Psaki. “That’s something Congress could take an action on, and he’d be happy to sign.”

She said that the administration was taking a closer look at all of its options regarding student loans.

“This includes examining the authorities we have, the existing loan forgiveness programs that are clearly not working as well as they should,” Psaki said. “This includes borrower defense, total and permanent disability charges. There’s a lot of steps we’re looking at, and we’ll continue to review those and be in touch, of course, with Leader Schumer about our process,” she added.

Black students are more likely ti have to borrow for college than white students, according to the Federal Reserve Bank of New York, and Black college graduates owe an average of $250,000 more in student loan debt than white graduates, according to data from the National Center for Education Statistics.

The issue is not new for the NAACP. Last October, the organization held a virtual press conference to discuss a Lumina Foundation report that details the economic inequalities that Black students face in higher education.

Walter Hudson can be reached at whudson@diverseeducation.com