This week, Northwestern University hosted the U7+ Alliance of World Universities Presidential Summit, bringing together 100 academic leaders from 48 different universities spanning 17 countries. The three-day virtual gathering, which ends on Wednesday, focused on the theme of intergenerational justice, or making policy decisions in dialogue with the next generation.

University presidents convened to explore “how universities can work together across borders to respond to issues of global relevance,” said Northwestern University President Dr. Morton Schapiro. “Amid a pandemic impacting the hopes and futures of so many young people, it has never been more important for universities to work together in coordination with leaders across sectors to address global challenges impacting youth.” 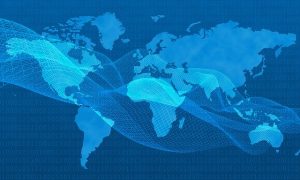 The U7+ Alliance – which launched in France last year, with the help of French President Emmanuel Macron – is the first coalition of university presidents from North America, South America, Europe, Asia, Africa and Australia. The goal of the alliance is to promote collaboration in addressing global problems alongside policymakers in G7 countries and others. This year, Northwestern hosted the alliance’s annual meeting in partnership with Georgetown University, Columbia University and the University of California, Berkeley.

At the summit, university leaders unanimously voted to work with international government leaders to create new opportunities for “mutual understanding and equitable resource sharing across generations,” in addition to honoring previous U7+ Alliance commitments like confronting climate change and advocating for the ethical use of artificial intelligence and digital technology.

The alliance was built to allow universities “to voice their role as global actors,” said Frédéric Mion, president of l’Institut d’Etudes Politiques de Paris, or Sciences Po. He wants to see university leaders collectively commit to actions that can help their communities.

“We’re one of the few remaining actors that everyone sort of still respects whatever side of the political spectrum you’re on,” she said. “We speak with authority based on science and based on nonpartisan research. We want to use that authority collectively for the global good.”

She added that universities can invest in this work for the long haul; they’re not beholden to election cycles like politicians.

“We have the privilege of thinking about the long term, about what is good for society in the long term,” she said. “And with that comes an obligation to think about the interests of future generations and to put those forward to policymakers as a critical piece of the policy puzzle.”

And politicians can benefit from universities’ major asset: “hundreds of thousands of smart young people,” said Dr. Peter Mathieson, principal and vice chancellor of the University of Edinburgh.

To motivate changes in policy, “we have to bring something really positive, and what I think we bring is this massive population of people of the future,” he said. “And any group of politicians that isn’t interested in voices of the future is taking a very big risk.”

Much of the summit was spent reflecting on student voices in small group discussions. The presidents’ meeting followed a student virtual summit in May, which gathered students from around the world to discuss the collective needs of the next generation. Some of the priorities that surfaced for students included combatting climate change, increasing mental health supports and addressing polarization on campuses and beyond.

For Riles, student delegates’ perspectives were “refreshing” – and sometimes “surprising.”

For example, “I personally had not thought about the way in which mental health services should be a human right on the same level as other human rights,” she said. “Our students so forcefully made the case – and god, the pain that they feel … and the fact that mental health needs are still a stigma in so many societies around the world is truly an impediment to people finishing their studies. As soon as I learned that from students, I saw my world differently and saw the work that I do every day differently.”

She hopes that university presidents will leave the summit committed to act on issues students brought to light and ready to speak to global leaders “with one voice” on problems impacting the world’s young people, especially amid the COVID-19 pandemic.

As Senior Executive Vice President of Columbia University Gerald Rosberg put it, “it’s not enough to write a brilliant paper and put it out there and hope that policymakers and first-line actors will do it,” but rather “we have a responsibility to take that knowledge and try and put it into action to solve problems, with of course a heavy emphasis on the future, and that’s where the intergenerational justice comes in.”