Rutgers University will name a residence hall at Rutgers-Newark after the late U.S. Supreme Court Justice Ruth Bader Ginsburg, who was also on the Rutgers law faculty, according to a Rutgers press release. 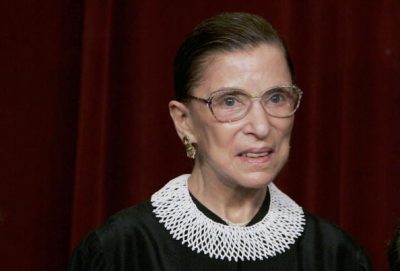 Ginsburg was a professor at Rutgers Law School from 1963 to 1972, teaching women’s rights and gender equality.

“The newly named Ruth Bader Ginsburg Hall was home to the law school for nearly a quarter of a century after Ginsburg left Rutgers,” according to the release. “It is now home to 330 graduate and undergraduate students, including 100 law students, as well as the residence of Rutgers-Newark chancellor Nancy Cantor.”

Cantor had been the one to propose naming the building after Ginsburg.

“Rutgers was one of the very few U.S. law schools willing in the 1960s to hire women, or minorities,” said Jane Ginsburg, the justice’s daughter and a law professor at Columbia Law School. “It is particularly appropriate that the university that gave Mother her start in law teaching would commemorate that association in such a tangible way.”

Ginsburg was the first woman and first Jewish American to lie in state in the U.S. Capitol after her death this past September.

“In an era when our nation is experiencing an unprecedented surge in awareness of who among us continue to be left behind in so many domains of public and private life and how far we have to go to achieve our nation’s promise of genuinely equal justice under the law, the case for naming a building for Ginsburg is more than strikingly appropriate,” Cantor said. “It is urgent.”