University of Mississippi has fired Dr. Garrett Felber, a vocal tenure-track assistant professor of history whose work centers on the U.S. prison system, Mississippi Free Press reported. Many notable scholars have since pledged to boycott involvement with UM and called for his reinstatement. 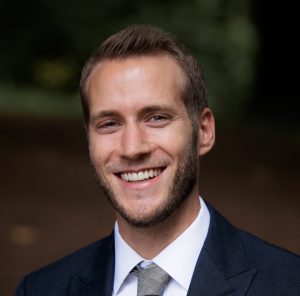 “We collectively pledge to refuse all invitations to speak at, conduct professional service for, or otherwise be associated with the University of Mississippi until this egregious assault on academic freedom is reversed,” a letter from the scholars wrote.

“I am writing to inform you that I have recommended to the Dean of the College of Liberal Arts that you receive a one-year notice of nonrenewal pursuant to the University of Mississippi’s Termination of Untenured Faculty policy,” Wilson wrote to Felber. “Your employment with the University will end on December 31, 2021, and your employment contract will not be renewed after that date. At the pertinent time, I will notify you of your assigned responsibilities for the fall 2021 academic semester.”

In October, Felber tweeted that Wilson had rejected a $42,000 grant for a political education project on mass incarceration and immigrant detention but that the rejection came merely days after UM announced a $57,000 grant from “an organization funded by technology companies that focuses on immigration and prison-systems reform,” Mississippi Free Press reported.

Chief Marketing and Communications Officer Jim Zook cited an October statement that Felber had not followed the appropriate process for seeking external funding.

In the same month, Felber criticized on Twitter what he called UM’s relationship with its racist donors.

“The real issue is that (UM) prioritizes racist donors over all else,” Felber wrote. “So it’s not some mythic politics v. history binary, but that this antiracist program threatens racist donor money. And racism is the brand. It’s in the name.”