The University of Nebraska–Lincoln is reviewing its policies and procedures for reporting and responding to racial bias incidents, an initiative launched by Chancellor Dr. Ronnie Green, Nebraska Today reported. 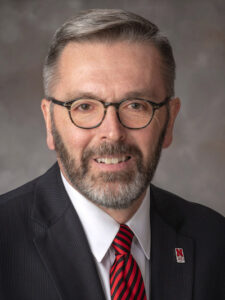 “Any instance of bias is unacceptable and does not align with our values as an institution,” he said. “However, stating it is clearly unacceptable does not always translate into having the necessary tools to respond to such actions when they occur. Ultimately, I believe this review will provide us a clearer picture of how our university responds to reported incidents of racial bias and will allow us to address any deficiencies that exist in our processes and reporting resources.”

The decision comes after several racially charged incidents this fall: a Black Lives Matter sign was removed from private property near campus, a student used hate speech in a Zoom class and someone from outside the university put racial slurs in the chat box of a Zoom university lecture.

Review efforts will be spearheaded by Dr. Susan Swearer, Willa Cather Professor of Educational Psychology, and Dr. Catherine Lee Wilson, associate professor of law and chair of the Chancellor’s Commission on the Status of People of Color. They began their work on Nov. 9 and will continue to collect data with the hopes of finishing a report by the end of the year.

“Ultimately, we would like to create an environment where people are openly encouraged to stand up and do everything in their power to confront bias when they see it,” Swearer said.