The nomination of Dr. Miguel Cardona — a former elementary school teacher and principal — to be the next U.S. secretary of education is winning widespread support among scholars and educational leaders. 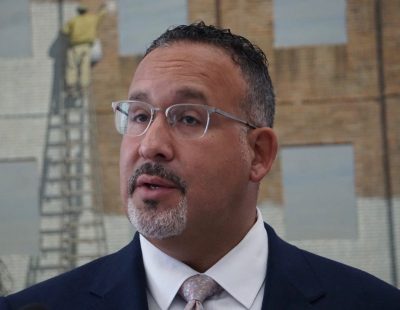 Cardona — who currently serves as commissioner of education for the state of Connecticut — rose through the ranks to emerge as President-elect Joe Biden’s top pick. Last week, the Congressional Hispanic Caucus lobbied for the 45-year-old Cardona.

“Mr. Cardona’s extensive career has spanned across every level of education,” the legislators wrote in a letter to Biden, noting that Cardona became a principal by the age of 28 and went on to serve as an assistant superintendent and then as an adjunct professor at the University of Connecticut. In 2019, Cardona was named Connecticut’s education commissioner, the first Latino to hold the post.

“As a Spanish-only speaking student when he first started school, Mr. Cardona fully grasps the challenges that English as Second Language (ESL) Learners, Latinos, and other minority students face in America’s classrooms,” the legislators added.

Biden’s selection of Cardona is not a surprise, since the President-elect promised to appoint a U.S. secretary of education who served as a schoolteacher. Though some higher education advocacy groups like The National Association for Equal Opportunity in Higher Education (NAFEO) and the United Negro College Fund (UNCF) expressed support for Congresswoman Alma Adams, they praised Cardona’s track record.

“We look forward to working with Secretary-elect Cardona in achieving the nation’s education excellence, equity and diversity goals,” said Lezli Baskerville, president & CEO of NAFEO. “Our colleges and universities are well equipped and eager to accelerate the closing of the education gap by, among other things, levering the full potential of the 105 HBCUs and 80 PBIs (Predominately Black Institutions) in graduating disproportionate percentages of African-ancestored students and other diverse students.”

Dr. James L. Moore III, vice provost for diversity and inclusion and chief diversity officer at The Ohio State University, said that the U.S. secretary of education position remains one of the most important in the cabinet.

“I sure hope that our secretary nominee can elevate the importance of our elementary, secondary and postsecondary education systems to the Biden administration,” said Moore, who is also the EHE (Education and Human Ecology) Distinguished Professor of Urban Education. “There are a lot of improvements and investments that are needed, especially with educating students of color and other vulnerable populations in rural and urban K-12 systems. I stand ready to assist the Biden administration.” 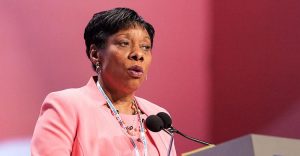 “Unlike Betsy DeVos, Secretary-designate Cardona will ensure that the federal government’s role in education is to ensure access and opportunity for every student,” said Pringle. “He is someone who will defend our students’ civil rights and focus on the success of all students. And he will work collaboratively to promote proven education models such as community schools and policies that provide whole student support. Secretary-designate Cardona has the compassion and life experiences that are needed as the next secretary of education and I look forward to partnering with him to ensure every student gets what they need and deserve.”

Dr. Terri Watson, an associate professor at The City College of New York (CUNY), agreed, adding that Cardona has championed many important issues during his time as the education commissioner for Connecticut and worked to desegregate Connecticut’s public schools, while encouraging dual enrollment opportunities.

“Both these initiatives are intended to provide greater access and equity to all of Connecticut’s children,” said Watson. “I hope Biden’s next step is to dismantle Trump’s ban on Critical Race Theory.”

For Dr. Pedro Noguera, dean of the Rossier School of Education at the University of Southern California, Cardona’s understanding of state education policy, coupled with his substantial K-12 experience, is an added value. Still, there will be challenges, said Noguera. 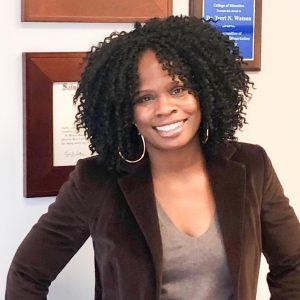 “The position will be challenging due to the highly politicized nature of many education issues but he has the wherewithal to handle it,” Noguera said.

Dr. Christopher Emdin, an associate professor of science education at Teacher’s College, Columbia University, said that given President-elect Biden’s commitment to ensuring diverse representation, “it is phenomenal to have a Latino man hold this role, in particular to have somebody from Puerto Rico, given the relationship that the previous administration had with the island of Puerto Rico.

“The landscape of education across the U.S. indicates that the percentage of Latinx populations who are in our public schools has increased over time. And for those young people, to have somebody who looks like them and comes from the same places as them in such a high role is really important.”

Gwen E. Samuel, president and founder of the Connecticut Parents Union, knows Cardona.  But, while she is rooting for him, she has her concerns.

“We’re kind of concerned for him. He doesn’t do well under pressure,” she said. “He does listen to parents, but at the end of the day, he’s a very safe person. And I think whoever is the commissioner of education has to be willing to make those hard choices to assure we leave no child behind.”

She said that Cardona is still proving himself, particularly since he hasn’t been commissioner for more than a year.

“I’m just hoping that he will have an open mind enough to surround himself with leaders who will help him make those hard decisions when he finds himself in a position that he’s not comfortable making,” she said.