Capital Community College received a $149,426 grant from the National Endowment for the Humanities (NEH) to create a curriculum, exhibit and lecture series about the history of the Talcott Street Church, the first Black house of worship in Hartford, Ct., the Hartford Courant reported. 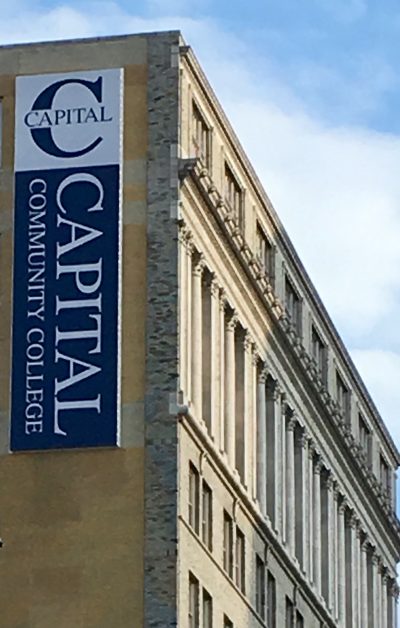 CCC humanities department chair Dr. Jeffrey Partridge – who is leading the “Black Heritage Project: Empowering Students through Black Community History” – said the idea for the project lay in the school’s proximity to the original church site, now a condemned garage.

“We discovered that the original location of the church was right outside the back door of our college,” Partridge said. “Our college is 71% Black and Latino. We realized this is something that should be important to what we teach and what we do in the college.”

After more than a century as a hub of the city’s Black community, Talcott Street merged in 1953 with another congregation and was renamed Faith Congregational Church. In 1954, the merged congregation moved to an already existing sanctuary on Main Street, where parishioners still meet today. The original Talcott Street church was demolished, the Courant reported.

Partridge said several other congregation members will be part of the project content.