David Norman Dinkins, the first and only Black mayor of New York City, who sought to improve race relations in the city, has died at age 93 in his home, CNN reported. 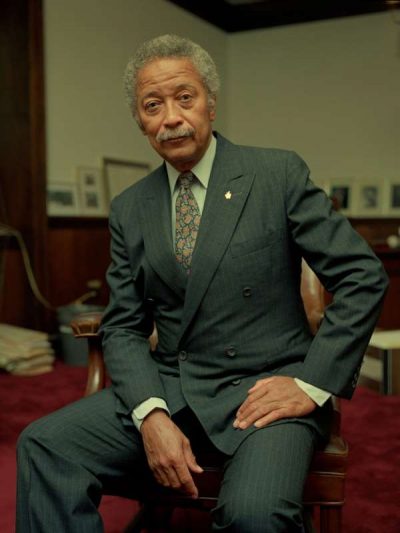 The New Jersey native died Monday evening in his home on Manhattan’s Upper East Side, following breathing difficulties, according to the New York City Police Department.

Dinkins – a Marine Corps veteran – was a major proponent of economic equality and education for minorities, praising his city’s diversity.

Soft-spoken and gentle-natured, Dinkins – part of a wave of Black leaders elected to office in the 1960s and ‘70s – wanted to heal racial divides in NYC.

“I intend to be the mayor of all of the people of New York. This administration will never lead by dividing, by setting some of us against the rest of us or by favoring one group over others,” he said shortly after taking office.

His major acts included expanding affordable housing, pushing to address HIV/AIDs, signing a 99-year lease to bring the Tennis US Open to NYC and dealing with NYC’s high crime rate.

Rudy Giuliani narrowly took his place in 1993, having criticized Dinkins as ineffective against combatting crime. In his 2013 memoir, A Mayor’s Life: Governing New York’s Gorgeous Mosaic, Dinkins attributed his loss to racism.

Dinkins held a bachelor’s of science in mathematics from Howard University in 1950 and a law degree from Brooklyn Law School in 1956.

Before becoming mayor, he was a New York State Assembly member in 1966 and president of the New York City Board of Elections from 1972 to 1973. He became Manhattan borough president in 1985.

After his time as mayor, he taught public policy at Columbia University’s School of International and Public Affairs.