With about six weeks to go before President-elect Joe Biden and Vice President-elect Kamala Harris take office, their incoming administration is likely to be the most diverse in the nation’s history, according to experts.

Though civil rights groups are jockeying to ensure that African Americans, Hispanics and Asians are in key posts — Dr. Melanye T. Price, who holds an endowed professorship in political science at Prairie View A&M University said it’s so far, so good. 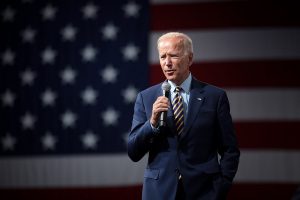 “Biden’s choices for key roles in his administration include several high profile and history-making appoints,” said Price, the author of The Race Whisperer: Barack Obama and the Political Uses of Race. “Appointing an African American Secretary of Defense and Ambassador to the U.N. are huge steps. We anticipate that he will appoint a Native American to lead the Department of the Interior. The number of women appointed is also impressive. All of this indicates that the Biden administration is taking seriously the need to have his administration reflect the diversity of voters who put him in office.”

If retired Army four-staff general Lloyd Austin is confirmed, he will be the first African American U.S. Secretary of Defense. Biden has also nominated Rep. Marcia Fudge of Ohio as Secretary of Housing and Urban Development and has nominated Susan Rice — who served as the ambassador to the United Nations during the Obama Administration — to run the White House Domestic Policy Council.

Linda Thomas-Greenfield, a career diplomat who served as ambassador to Liberia and as director-general of the Foreign Service as well as assistant secretary for African affairs, was nominated to serve as the ambassador to the United Nations. 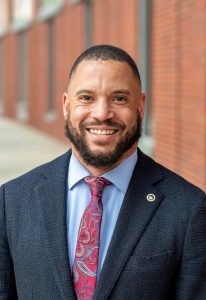 Biden, however, has received pressure from Black, Hispanic and Asian groups who want him to diversity even more. Texas Rep. Vicente Gonzalez called last week for at least five Latinxs to be appointed to Cabinet-level positions.

So far, Biden has nominated Alejandro Mayorkas, a Cuban American, to head the government agency that oversees immigration issues, the Department of Homeland Security. He has also tapped California Attorney General Xavier Becerra, a former House Democratic leader, as Health and Human Services secretary, a key role as the Biden administration responds to the coronavirus pandemic.

Still, Congressional Hispanic Caucus leaders reportedly pushed Biden and Harris to nominate a Latina during a meeting on Thursday afternoon.

That type of lobbying made sense to Price, who added that “it is always important to remain vigilant to ensure that the level of support people of color, especially African Americans, showed for the Democratic party is not overlooked.”

On the higher education front, sources say that labor leaders Randi Weingarten and Lily García are being strongly considered alongside other educators, including Dr. Leslie T. Fenwick, dean emeritus of the Howard University School of Education and a professor of educational policy and leadership.

Dr. Ravi Perry, chair of the Department of Political Science at Howard, praised Biden’s picks but said that he remains watchful.

“These among others are an important down payment on the President-elect’s promise to make the most diverse cabinet in history,” he said. “However, there is more work to do. AAPI (Asian American Pacific Islander) groups want parity representation with their population nationally. LGBTQ groups want representation in the cabinet as well. Beyond descriptive representation, it matters most that the picks reflect the diversity interests of various populations.”

Perry said that, while it is certainly significant to appoint more Blacks, more Latinxs, more AAPI representation, more LGBTQ nominees to higher roles, what really matter is what these appointees will do for these groups when confirmed.

“Let’s remember that descriptive diversity isn’t a guarantee for substantive results that these communities need to address the systemic problems facing them each and every day, many of which have been made worse from time to time by government action or the lack thereof,” Perry said. He added that despite having Dr. Ben Carson — a Black man — as Secretary of Housing and Urban Development for the past three years or Justice Clarence Thomas — also Black — on the U.S. Supreme Court, “I’m confident most Blacks don’t think either Black men represent the interests of Black Americans.”

And while descriptive representation and shared partisanship identity may increase the chances that Biden’s nominees meet the needs of minority communities, Perry said what these communities need most from their federal government, “is delivery of policy implementation to create and normalize upward mobility for all.”