The family of Dylan Hernandez, the San Diego State University freshman who died after a night of heavy drinking at fraternity Phi Gamma Delta, has filed a wrongful death lawsuit, accusing many parties of negligence and misconduct and demanding a jury trial, The San Diego Union-Tribune reported. 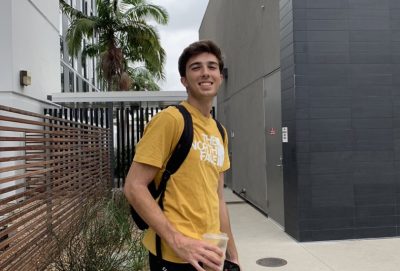 In November 2019, Hernandez, 19, returned to his dorm after drinking at Phi Gamma Delta and fell out of a bunk bed, fatally cracking his head.

The lawsuit names around 20 defendants, including SDSU, the fraternity Hernandez was joining, individual fraternity members and the manufacturer of Hernandez’s dorm bunk bed.

According to the lawsuit, the event came after a Phi Gamma Delta party where Dylan and other pledges were blind folded, screamed at, threatened and hit.

“Each underage pledge was again screamed at and demeaned, beaten with paddles and hands, and forced to consume shots of Vodka and Rum to the point of intoxication,” the lawsuit alleges. “Dylan and his fellow pledges became visibly and extremely intoxicated.

“By 10 p.m., Dylan’s speech was slurred, he could not walk on his own, he had stumbled and fallen several times, he had become ill, and he did not even have the mental or physical ability to use his own cell phone.”

A campus police investigation found that Hernandez’s blood-alcohol level was 0.23% when he left the party.