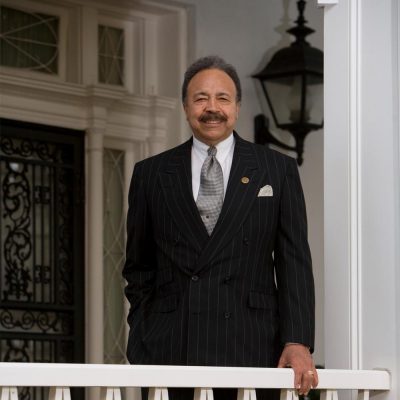 Harvey – a businessman as well – began as president in 1978. He runs Hampton like “a business for educational purposes,” according to a university press release.

“The formula for any success that I have had is based on five priorities: character traits of honesty, integrity, respect, trustworthiness and good personal behavior; high standards and values; a good work ethic; service to others; and appreciating and utilizing the team approach,” Harvey said.

During his tenure, Harvey led the initiation of 92 new academic degrees – 12 new doctoral programs – the building of 29 buildings and the launch of four satellites. He also increased SAT scores by more than 300 points and the endowment from $29 million to $300 million.