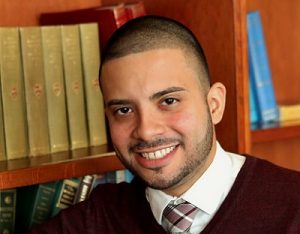 Representing 18% of the U.S. population, the growth of the Latinx population continues to grow and disperse throughout the nation.

The number of Hispanic Serving Institutions (HSIs) has also been growing rapidly. Excelencia in Education reports that there are currently 539 HSIs in the nation that enroll 67% of Latinx students in this country.  In 2019, there were ten HSIs that were also R1 (very high research activity) institutions, with most of them located in California, Texas, and Florida. Due to demographic shifts in the nation, we were interested in examining whether or not the growth of HSIs among R1s was at all reflected in a commitment to enrolling and educating more Latinx students. Using publicly available data from the National Center for Education Statistics, we described the current landscape of HSI R1 institutions.

This report highlights enrollment and graduation changes at these R1s from 2014-2018, along with the specific initiatives they have as HSIs.

We began this project while working at (Garcia) and attending (Martinez) the University of Pennsylvania where it was evident that we were few in numbers. We often shared conversations of our pathways to the doctorate which both occurred for us in historically White research intensive universities (R1s). We questioned, what would it have meant for us to attend an HSI at any point in our educational trajectories? Would we have received more academic and financial support? How might our racial and ethnic identities been visualized in the curriculum and demography of the university or college? These questions and many more ultimately dictated our research agendas as junior academics of color. 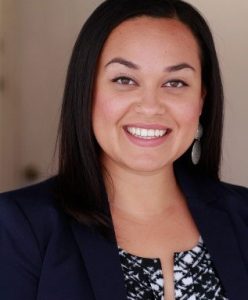 Garcia, first had an interest in HSI scholarship as a doctoral student at the University of California, Los Angeles where she conducted a pilot study of her dissertation work at an HSI in East, Los Angeles. Garcia found that regardless of having a parent with a bachelor’s degree or an institution identity as an HSI, Latinx students had sources of support and challenges on their road to college completion. Martinez became aware of HSIs when Cornell University was invited to bring a group of students to a Hispanic Association of Colleges and Universities (HACU) conference as an emerging HSI. As an institutional representative, Martinez felt out of place when he heard about what most institutions were advocating for that Cornell already had. Through our personal experiences and our academic research, we have come to learn that HSI’s may not be fully serving their Latinx population, especially at the R1’s which brought us much concern. We made a conscious effort to see if the HSI mission of R1 institutions was made visible and aligned with the resources they advertised to their Latinx students. What we learned was that we essentially knew nothing in the academic research. Therefore, this report was exploratory.

We first wanted to examine the landscape and learn more about Latinx student enrollment and persistence trends at these schools along with we found on their websites about becoming HSIs. We highlighted the initiatives these institutions started as HSIs and pose questions these institutions should consider one what it means to serve Latinx students. Future iterations of this study examine how institutions communicate their designation, the commitments they make towards serving Latinx students, and how their constituents (students, staff, and local community members) grapple with this designation through what is being communicated in press releases, among students, and reported in the local newspapers.

Preliminary findings suggests that becoming an HSI empowers Latinx students to demand more from their institution. While press releases and institutional websites tout their designation as a commitment to enrolling and educating more Latinx students, the Latinx community at large challenge whether these institutions are supporting local Latinx students, and to what extent are these students supported once on campus. As more institutions become HSIs, Latinx student groups have noted what resources are available to the larger HSIs and demand similar services at their institution. For example, Latinx students at the University of California, Irvine (UCI), challenged the notion of UCI being an HSI since it did not have a resource center for Latinx students like the University of California, Santa Barbara. Other student groups on multiple campuses have urged a more diverse curricula of Latinx experiences in the U.S., suggesting that Latino/a/x/ and Chicano/a/x studies remains Mexican-centric and denies the increasingly diverse Latinx student population an opportunity to learn more about themselves while in college.

This report is the first step to a deeper look at what the HSI context will look like as more research-intensive institutions are enrolling more Latinx students. With census projections suggesting that the Latinx population will represent almost a third of the U.S. population by 2060, we expect that more institutions will become Hispanic Serving Institutions. This is an opportunity for HSIs now to pioneer what it means to be an HSI and help other institutions consider how to best support an increasingly diverse population.

Dr. Andrew Martinez is a research associate for the Rutgers Center for Minority Serving Institutions at Rutgers University, New Brunswick. You can follow him on Twitter @Drewtle.

Dr. Nichole Margarita Garcia is an assistant professor of Higher Education at Rutgers University, New Brunswick. You can follower her on Twitter @DrNicholeGarcia.