Indigenous scholars are celebrating President-elect Joe Biden’s nomination of U.S. Rep. Deb Haaland for secretary of the interior. A Democratic Congresswoman from New Mexico, Haaland would be the first Native American to serve in the position.

“It’s profound to think about the history of this country’s policies to exterminate Native Americans and the resilience of our ancestors that gave me a place here today,” Haaland said. “I’m forever grateful and will do everything I can to be fierce for all of us, our planet, and all of our protected land. I am honored and ready to serve.” 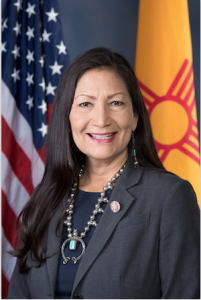 Nonetheless, Dr. Heather J. Shotton felt “disbelief” when she heard the news about Biden’s secretary of the interior pick. She’s the director of indigenous education initiatives for University of Oklahoma’s college of education, as well as an associate professor and chair of educational leadership and policy studies.

“I was a little bit in shock, and then just really overcome with joy – and just really proud,” Shotton said. “That kind of representation, it matters. I have two daughters. I think about the kind of role models and representation they have that I didn’t have growing up, that my aunties and my parents didn’t have, that my grandparents didn’t have. We’ll see the lasting impact of that on our youth and future generations for them to be able to imagine different futures and possibilities for themselves.”

But it’s not only about representation. If confirmed by the U.S. Senate, Haaland would be heading the department that interfaces with tribal governments and oversees much of life in tribal lands, noted Carla Fredericks, who directs the American Indian Law Clinic at the University of Colorado Law School and First Peoples Worldwide at the University of Colorado. She’s also a faculty affiliate at the university’s Center for Ethics and Social Responsibility.

For one thing, the Interior Department contains the Bureau of Indian Affairs, which manages tribal lands, their natural resources and much of their social services as a part of the federal government’s trust responsibilities.

“As a Native person, we are all very aware from a young age how much influence that department has over our lives,” Fredericks said. “A tribal elder once told me, and it always really stuck with me as true, that Indian people are the most regulated people in the United States. And the Department of the Interior is really the executive agency that’s responsible for that regulation.”

What’s sometimes overlooked is the department also houses the Bureau of Indian Education, which oversees 169 elementary and secondary schools, as well as two tribal colleges. 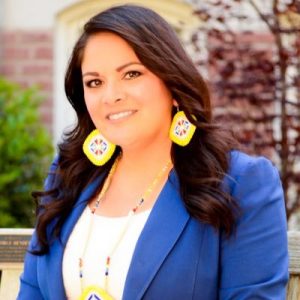 “They are responsible for the funding, for the upkeep, for education of thousands of indigenous students and tribal citizens,” Shotton said. And Native American education has been “woefully underfunded for decades,” resulting in subpar construction and unfinished repairs in schools.

In general, she described the department’s relationship with Native American communities as “really tumultuous.”

“There have been years of mismanagement, particularly of land, of funds, of leases of tribal lands,” Shotton said, pointing to a 1996 class action lawsuit against the Interior Department by Blackfeet tribal member Eloise Cobell for its mismanagement of Indian trust funds.

Shotton hopes that Haaland’s selection represents a shift in the relationship between the federal government and tribal nations as “two sovereigns,” and will mean “adequate funding” for schools under the Bureau of Indian Education “alongside solid policy that relates to protection of land and resources.”

“Indigenous people often really reside outside the consciousness of mainstream America,” she said. Haaland’s nomination is “a reminder that we are still here and that the United States government still has a responsibility to tribes that is solidified in treaties and the Constitution and that trust responsibility is really important … ‘Historic’ doesn’t really capture it.”

This moment isn’t just a win for tribes, Fredericks added. She thinks the country as a whole will benefit from Haaland’s policy vision for climate protection, informed by and “aligned with her experience and identity as an indigenous person.”

Haaland’s leadership would “definitely demonstrate that there’s value of inclusion of voices from segments of society that have traditionally not been included in the broader political landscape,” she said, “and that inclusiveness is not only a social or political value, but it really has significant value for our country and our policies and creating a way of life that is positive for all Americans.”