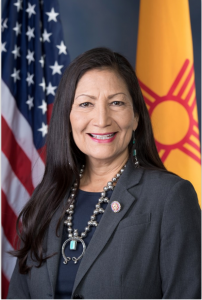 As a member of the Laguna Pueblo in New Mexico, Haaland would become the first Native American to have a cabinet secretary role amid a Senate confirmation.

Biden’s transition team described her as a “barrier-breaking public servant who has spent her career fighting for families, including in Tribal Nations, rural communities and communities of color.”

The U.S. Department of the Interior focuses on preserving cultural heritage sites, wildlife refuges and national parks. It is also responsible for managing one-fifth of the land within the U.S., according to NPR.