Overcoming Homelessness and Getting into Law School

Overcoming Homelessness and Getting into Law School

“We are not going to give up.”

Eight years ago I could never have imagined I would be in my first year of law school at Southern Methodist University in Dallas.

Studying the law was a recurring dream as I was finishing high school in Pittsburgh, Pa. I hoped to attend college, apply for law school, pass the bar, practice law and someday become a judge.

One day my dream was hijacked by a nightmare — actually a series of nightmares that left my family homeless and my education and career goals literally under water.

A 2012 blizzard dumped 12 inches of snow across Pittsburgh. In the spring the snow melted rapidly and water seeped into the basement of the leased home shared by me and my mother, Tamara Williams. The health department deemed the house “uninhabitable” unless the landlord made repairs. While he procrastinated, we fell ill due to the toxic effects of mold growing in the structure. Shortly thereafter, our home was “red tagged” and we were given five days to pack and move out.

With nowhere to go we became Pittsburgh “homeless” statistics and began bouncing around to shelters or temporary living situations provided by friends. We were in this situation because my mother had lost her job due to health issues and was forced to apply for social security disability benefits — our only sources of income until I could land part-time jobs.

Realizing our living options were about to evaporate in Pittsburgh we accepted an offer to live with a family friend in Atlanta — only to realize he struggled with gambling addiction and couldn’t pay bills, like the utilities. When we lost power and water service we were forced to leave and fortunate to find a three-bedroom place in Covington, Ga. Happy to have a home, we bought mattresses, settled in during the summer and were able to live off of my Mother’s disability check and my jobs at K-Mart and Red Lobster.

But when it came time for me to enroll for my senior year in high school, we were disappointed to learn Covington school officials would not accept all of my credits from Pittsburgh. They considered me a 10th grader, which meant I wouldn’t be able to graduate as hoped in June, 2013. That was an unacceptable setback so we headed back to Pittsburgh where we hoped I could get back on track. 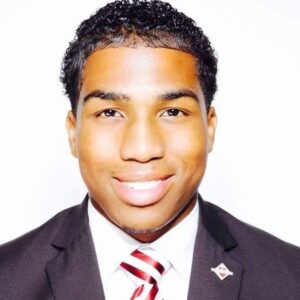 There, our homeless state haunted us again and other hurdles emerged. Pittsburgh could not accept us on re-entry because we had no permanent address. Not even when we shared the provisions of the McKinney Vento Homelessness Assistance Act — which allows for homeless students — would the school district relent.

As always, my mother said “we are not going to give up.” We returned to one of the schools I had previously attended to argue our case. Things looked bleak until my mother noticed a brochure in the school office that outlined a program that allowed students to take classes remotely, and still receive a diploma from their home school.

Three months after enrolling I graduated and was named valedictorian by the staff — many of whom were astonished I was able catch up and complete my credits. After this milestone a local news station aired a segment on me. It showed our car, stuffed with all of our belongings — which, occasionally, was where we also had to sleep.

After high school I was fortunate to be interning at the Jones Day law firm in Pittsburgh. As I made plans for college a guidance counselor advised me to try for a scholarship through the National Association for the Education of Homeless Children and Youth (NAEHCY). On a whim, I applied and won the scholarship — enough money to finance college supplies.

“I’ve managed to get through all of the ups and downs, highs and lows, because I’m not afraid of the word ‘no.’ I do believe that you have to be able to see what doesn’t exist.”

After I won the scholarship, my mom and I were staying in the basement of a Pittsburgh friend from church. There we made good use of a DVD player and access to the movie, “The Great Debaters.” It lifted our spirits to watch it over and over, cheering as the debate coach (played by Denzel Washington) guided his Marshall, Texas, students through their paces at Wiley College. The students had faced racism and battled against their own internal doubts, but they went on to become the best debate team in the country, even defeating Harvard and Yale. One night as I watched I said to myself, “I want to be on the debate team.”

My mom told me to look up Wiley College on my cell phone. I did, and in short order filled out the college application for the upcoming semester and was accepted. We packed up and headed to Dallas, TX, and then on to Wiley at the eastern edge of the state.

After a tour of the campus it began to dawn on me that Wiley and the story of “The Great Debaters” was inspiring but it was not going to be recreated — and there was no Denzel Washington mentor. I was a little let down, but a friend told me there were plenty of colleges in Texas. He knew the president of Paul Quinn College in Dallas. The next day, I contacted the college, arranged for a visit and toured the campus. I was accepted to the school and received a scholarship on the spot.

Three days before I started, I received a phone call that my uncle, a father figure to me, had been murdered. Though devastated, I seized on one of the things he often said to me: “only those who can see the invisible, can do the impossible.”

That guided me then. And still does. My dream to become an attorney was back in focus because so many people helped me. I wanted so badly to pay that debt of gratitude forward, change the circumstances for my mother and other homeless people like us — who face a gauntlet of obstacles alone and without any kind of representation.

I knew I never wanted to see my mom struggle and I believe there is always a solution to every problem. You just have to be patient and calculated — and have faith. Faith is believing in the things that are unseen, but believing that they are true and that you already have them. Believing in God is the key.

Because I believed I could succeed at Paul Quinn College, I did. On the day I was accepted into Dedman Law School at SMU Dallas and began classes just a few months ago, I knew that having faith had paid off. I had traveled that long and challenging road from homelessness in Pittsburgh to law school in Dallas.

You have to be hungry and remain hungry. That appetite for success has allowed me to meet influential people who have bought into my strengths and potential: CEO’s, philanthropist, attorneys and business leaders. I would not have met any of those people if I did not have the hunger to change my situation and achieve all that life has to offer.

This is not to say the journey and hardships my mother and I faced — and we know there will be more — are uncommon. The challenges in Pittsburgh shaped us and, in the end, generous people helped us, and I have been able to share my story with the world.

It’s my goal to help others who face similar adversities. People are told “no” all the time. That’s why I am passionate about elevating people and telling them to fight and never stop fighting. I want others to have a chance, that’s why I serve on the steering committee for After8toEducate in Dallas, an organization created by Jorge Baldor to assist homeless students.

I vow to spend the rest of my life addressing the issues of homelessness, serving my country and community and showing the world that giving up is never an option.

Kevin Lee is a first year law student at the SMU Dallas Dedman School of Law.