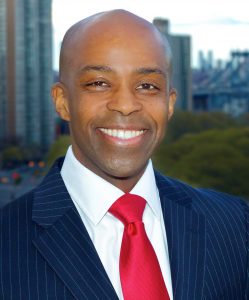 “We do not want people to conclude that schools are now, for the very first time, creating inclusive policies and adopting inclusive practices,” said Alphonso B. David, president of HRC. “Many of these colleges and universities have been advancing LGBTQ+ inclusive policies for a number of years and we want to make sure we highlight that for other HBCUs.”

In 2017, Spelman, an all-female HBCU, changed its admissions policy to allow transgender women to enroll. Under the updated guidelines, the college will “consider for admission women students including students who consistently live and self-identify as women, regardless of their gender assignment at birth,” according to the report.

A few years later, Morehouse, an all-male HBCU, introduced its intent to admit those who “self-identify and live as men.” However, students who transitioned while enrolled at the institution faced expulsion.

“If an enrolled student begins to self-identify as a woman, [Morehouse] will offer guidance and resources to assist in making choices that are best for that student,” according to the report.

Outside of admissions, HBCUs are looking at ways to support LGBTQ+ students’ overall wellness and mental health.

Those who identify as LGBTQ+ are twice as likely to grapple with a mental illness and four times more likely to attempt suicide. Transgender adults are most at risk for suicide attempts, the American Psychiatric Association reported.

To lower those statistics, Bowie State University focuses on providing inclusive health care and was also the first HBCU to establish an LGBTQ+ Center on campus.

As part of the Alcohol, Tobacco and other Drugs Prevention Center, students can become “HIV/AIDS Peer Educators” to discuss safe sex practices. In 2018, 54% of HBCUs had no formal HIV prevention policy in place at their institution, the report said.

NCCU was the second HBCU to open a resource center which offers training sessions and panel discussions. 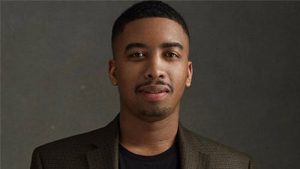 Outside of the center, other LGBTQ+ organizations at the university include D.O.M.S., Creating Open Lives for Real Success (C.O.L.O.R.S), OutLAW and Polychromes for staff and faculty members. Additionally, NCCU offers the LGBTQ+ inclusive residential program called Kaleidoscope.

Other HBCUs have also launched their own LGBTQ+ resource centers on campus including the University of the District of Columbia, Prairie View A&M University and North Carolina A&T State.

As for housing, the brief suggests presenting a gender-neutral housing choice for students. However, Howard is the only HBCU to make this option public.

Additionally, institutions should let students change their gender identity in their records and design curriculum focused on including positive depictions of LGBTQ+ individuals as well as address bias and stereotypes.

“Institutions need to make more of an effort to create accessible resources for LGBTQ+ students,” said Sergio A. Gonzalez, research associate at CMSI and one of the report’s authors, in a statement. “Just because they are enrolled into the universities does not necessarily mean that they feel as if they belong or as though they can thrive.”

David emphasized that establishing inclusive practices and efforts for LGBTQ+ students will have a “positive impact” on the metrics of retention, academic success and happiness.

“We are really advocating for inclusive policies to make sure that LGBTQ+ students have a platform, a framework and environment to be successful so that they can indeed realize their own destinies,” he said.

Over the years, HRC has developed programs and initiatives to hold discussions about LGBTQ+ students at HBCUs. For example, #HBCUOutLoud Day allows students, faculty and staff at HBCUs to convene and celebrate their pride as well as provide institutions with an opportunity to set goals related to building a more inclusive LGBTQ+ environment.

Additionally, the National HBCU Leadership Summit brings LGBTQ+ students to Washington, D.C., at no cost to participate in leadership and identity development as well as community organized training.

“We really invest heavily in students and building campus power via programs, policy and protest,” said Leslie Hall, director of the HBCU Program at HRC. “That is that is one of our longstanding hallmark leadership endeavors for our organization.”