What happened on January 6 is the sort of thing that one thinks only happens in nascent or unstable democracies, in places where poverty forces people to do things that reflect how little they have to lose. An attempted coup d’état is not the sort of thing that one expects to happen in the United States of America. Yet, that is exactly what happened. Why is that? Why is it that, in one of the richest economies in the world we saw insurgents scaling the walls of the Capitol, violently breaking in, and causing the death of a law enforcement officer after ransacking legislative offices and desecrating the historic building? 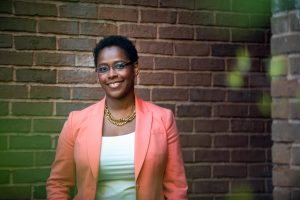 Let’s be honest with ourselves. Our country has been divided for a long time. We are not the post-racial society that many touted that we were following the election of the first Black and biracial president, Barack Obama. For some, the election of Barack Obama not once but twice was threatening. Why? Because in many ways we see things in terms of White versus Black and Brown in our country. Why was it so threatening? Because the economic marginalization of poor rural communities and the poor Whites has been framed not as a failure of our unmanned capitalism, but as a redirection of resources from Whites to non-Whites.

Don’t get me wrong. I believe in capitalism, but it has to be managed. I also don’t believe in taxing businesses into extinction. At some point, we have to realize that the status quo is not sustainable. To achieve equity, we must be willing to engage in difficult conversations and be willing to give up something to achieve that ideal.

To unite our country, instill a sense of law and order, and give hope to marginalized people of all races, creed, gender, gender identity, and geographic location, we will need to engage in some soul searching; be willing to have some tough conversations while keeping an open mind; and accept that there are multiple truths in the experiences that we all have.

Below are a few recommendations that I have for the Biden administration to consider:

1. Increase college access for rural communities. For too long, rural youth have experienced lower college-going rates than their urban and suburban counterparts, despite performing at par or better than them on multiple measures. Reducing the barriers to training and education for rural communities should be a priority. People need hope and the tools to a better future.

2. Depoliticize higher education. In the current era of the Fourth Industrial Revolution, a post-secondary credential is paramount to moving up the economic ladder in most fields. For too long, the Republican vs. Democratic perceptions of the value of higher education have kept us from adequately investing in higher education. On our end, higher education must become more receptive to conservative viewpoints.

3. Promote national dialogues on truth and healing, while fostering coordinated local and regional conversations much in the way that South Africa engaged in these conversations after apartheid. These conversations should not start with reparations. This is a subject that alienates. However, acknowledging the historical and contemporary racial stratification in our country is a great starting point.

4. Publicly acknowledge that the impact of biases and inequities in our current structures, policies, and systems should be thoroughly assessed and dismantled if we are to heal and enact policies that will lead to a more just, equitable, and sustainable of a democratic and capitalist United States. I see the need for an explicit commission here.

5. With all the K-12 and higher education reform that we have had, the history of our country that is told in the history books is one that omits or casts minoritized populations in a negative light. We need to ensure that the truth is told and that we all understand the root causes of the wealth and inequities of our nation.

What our country needs most at this moment is a president who can give us hope, who can help us heal, and move us forward as one indivisible nation with equity and justice for all. I have faith that the Biden-Harris administration can help us get there in eight years.

Dr. Yves Salomon-Fernández is president of Greenfield Community College located in rural western Massachusetts. You can follow her on Twitter @PrezYves.