Two Rowan University students have been charged with vandalizing the town of Glassboro, New Jersey’s Christmas display and a parking garage last week, resulting in approximately $6,000 in damages and repairs, Daily Voice reported. 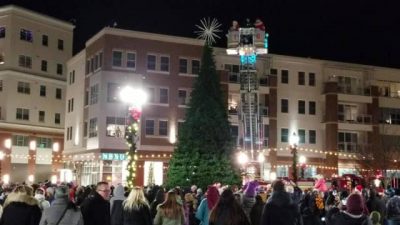 19-year-olds Matthew Lubicky and William Fowler were charged with obstruction, disorderly conduct and criminal mischief in connection with the Dec. 4 incident, according to police. Fowler was also charged with resisting arrest.

Some lights were disconnected, multiple tree branches were removed, a Santa hat decoration was toppled and the support frame was damaged, according to police.

Video of the incident helped identify the two.