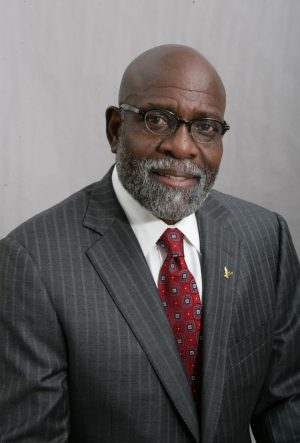 Like many people across America, I breathed a sigh of relief upon hearing that the Food and Drug Administration (FDA) had approved not one but two vaccines in the war against COVID-19. For many who consume news from myriad sources, the daily count of those infected with COVID, or who died from it, are mere statistics they find it difficult to imagine, let alone believe.  As someone who lost my younger brother in August 2020, an aunt and cousin in November, and multiple friends to this viral culprit, for me there are vivid faces behind the seemingly anonymous numbers.

As a student of American history who came of age in the Deep South in the 1950s and 1960s, I can appreciate the sentiments of some of my family members, friends, and various members of ethnic groups who have vowed not to get vaccinated against COVID. They have done so because of deceptive practices of misinformation, disinformation, and downright lying by researchers and government officials in bygone years. After all, the U. S. eugenics movement, which led to the forced sterilization of disproportionate numbers of women of color and helped fuel Hitler’s rise to power, will never be forgotten by enlightened people of color, and others of goodwill.

The following are a few concrete examples that illustrate why there is a lack of trust within communities of color:

Evidence to support the lack of trust in the Black community notwithstanding, as a Black man with pre-existing conditions, and as someone who lost a sibling to the coronavirus, I have had to seriously consider whether I trust scientists and medical professionals enough to avail myself of the vaccine when it is available to me. With tongue in cheek, I have told many of my close friends and relatives that I will get vaccinated if White people are willing to do so. In a more serious vein, however, there are five primary reasons why I have decided to get vaccinated and I want to encourage everyone reading my commentary to do so as well.

First, I trust the science behind the vaccine and the scientists who created it. Despite the pretense and braggadocio of many in partisan political circles, their encouragement did not lead to rapid discovery of a vaccine. In developing and testing the efficacy of different vaccines, I am confident that researchers closely followed appropriate protocols and included a diverse group of subjects in medical trials before concluding that it was effective. I am encouraged by the fact that there were people I know who participated in the medical trials, including two HBCU presidents, Dr. Walter Kimbrough of Dillard University, and Dr. Reynold Verret of Xavier University, among others.

Second, Dr. Kizzmekia Corbett, an African American immunologist, is a leading scientist on the team at the frontlines of studying the Moderna vaccine. Catalent Pharma Solutions, a pharmaceutical company located in Bloomington, Indiana, where I live, is working 24/7 to produce millions of doses of the vaccine. I had the good fortune of knowing and trusting the spousal team of Bill and Gayle Cook, who founded the predecessor business, Cook Pharmica, and I have enormous respect for their integrity and commitment to people from all walks of life.  Several weeks ago, I had the opportunity to serve as a resource person for the Cook Medical Group Equity Task Force.

Third, the coronavirus affects a disproportionate number of Blacks and others from historically disenfranchised groups. The U.S. Centers for Disease Control and Prevention have estimated that COVID-19 case and hospitalization rates are at least 2.5 and 4.5 times higher, respectively, among Black, Hispanic, and Native American populations than among White populations. Black individuals have died from COVID-19 at more than twice the rate as White individuals.

These are more than simply numbers: these are people who look like me, whose infections lead to fear, and whose death leaves a void in the lives of those who love them. Systemic racism, lack of access to quality affordable healthcare, the prevalence of pre-existing conditions, many linked to chronic stress, are among the many factors that play a part in these disheartening statistics. Too many of these deaths were preventable.

Fourth, the spike in COVID-19 infections and subsequent hospitalizations have placed unfathomable and unsustainable stress on the nation’s inpatient healthcare system, which is likely to lead to increasing levels of rationing. For example, who is given preference for a hospital bed or ventilator when the need exponentially exceeds the supply, is more than a rhetorical question. Let us be blatantly honest about it: in a healthcare system where demand exceeds supply, the probability that a person my age and ethnicity will be on the priority list, is less likely than it is for many other groups.

Dr. Charlie Nelms is the Chancellor Emeritus of North Carolina Central University. He is the author of From Cotton Fields to University Leadership: All Eyes on Charlie, A Memoir. You can follow him on Twitter @CharlieNelms